Putting on hair – Trichology and History

Getting hair is one of the fashions that more patients have moved in the last 15 years, having an exponential growth year after year. With the arrival of the FUE technique, in our case Safir FUE, and its improvements, recover hair (you can read more about recovering hair by clicking here) becomes the aesthetic version of men and some women, for their good results, managing to eliminate the clearings of the scalp. But before giving more data, we went on to define what is trichology?

Trichology is the science that studies hair and scalp. It is included in dermatology; it includes specialized areas such as capillary dermatology, capillary or aesthetic surgery, capillary parasitology, hair genetics, biology, psychology or nutrition, etc. In trichology, the aesthetic factor is very important, as the state of the hair is very visible to the environment, so the person can be traumatized.

Trichology is one of the sciences related to the relatively modern human body (19th century in Victorian England). Until that moment it was thought that the hairs were secretions of the body. Aristotle in the fourth century a.C. He considered hair to be a kind of waste that hardened on contact with air. In the Middle Ages they believed that hair was another way of escape for the impurities of the organism. With the studies of human anatomy of the s. XIX hair structure was shown and hair functions were exposed.

The Trichogram is a deep and detailed analysis of a person’s hair; makes it possible to make a personalized diagnosis. It is about extracting hair and analyzing it through the microscope. The information that contributes: the different forms and states in which the hair is found, as well as its growth phases and details such as the color and shape of the bulb, its degree of angulation or the diameter of the hair shaft. In short, the trichogram is the fundamental to make a good diagnosis for a future hair treatment. 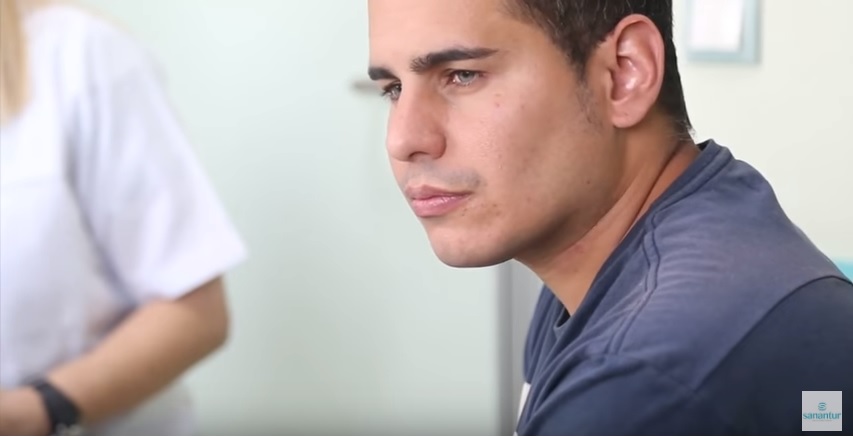 Image captured from video on Youtube. By clicking on the image you will see the complete video (a new window will open)

One of the purposes of hair transplantation is to recover the hair of the patient with the best possible natural result when putting on hair.
However, there have been negative results due to:

The use of a 4 mm punch (now oscillating between 0.4 and 0.8 mm) generated, until the 80s, a surge of patients operated with unnatural results. From the 90s the technique evolved and the results were more natural. Generally, the density obtained with a hair implant must be greater than 50% of the natural density of the patient’s original hair. The density of hair grafted onto large fragments is excessive because in addition to the original density there is a contraction of the grafts themselves. This excess of grafts produces a very dense image in each graft in between a very visible scalp. You see a concentration of hair and, instead, you see unpopulated areas; This is known as “doll hair”.

The position of the hairline in a mature man is usually placed one finger above the upper edge of the frontalis muscle.
It is necessary to avoid placing the frontal line very low, since the appearance would not look very natural and the result does not last long term due to the natural progression of the hair backwards and, consequently, the increase of the alopecic area.

Hair grows in different directions depending on each area of the head
Both in the front part and in the central part of the head, the hair grows in different directions clearly defined, changing to a radial growth shape when we approach the crown area.
The hair of the head always comes out at a sharp angle, increasing the sharpness as it approaches the temples. We must take into account and respect the direction of hair growth depending on the areas where it will be implanted to obtain a result with the greatest naturalness.
The implants tend to straighten a bit during healing, which is why they should be placed more angulated. If the implants are placed at a right angle, the visible results are bad, seem artificial and make it difficult to comb.

In general terms, it is necessary to avoid covering the areas where the hair falls before, such as the crown and front area. This will make it possible to give priority to giving greater density to other areas in order to have a more lasting effect, and then cover the rest.
The two areas discussed will continue to evolve over time, so that alopecia will continue to progress and, if hair has been implanted, it could result in the implant in the area remaining as an island with hair, surrounded by an alopecic ring.
The priority area to repopulate is the frontal-anterior, because when the hair of this area is lost the person loses the facial limit and is more uncomfortable. The arrangement of this area is the one that has the greatest aesthetic effect.

The smaller the follicular graft, the smaller and less visible is the scar. Over-healing:

With the Safir FUE technique surgery is avoided and scars remain, some very marked that have required a subsequent surgical treatment to reduce them, because they were very visible and the client could not wear very short hair.

It is one of the main causes that limits the intervention because it can not extract all the follicles that the patient needs. A second intervention can be performed after one year and re-populate another area of the head.

This effect occurs when too large follicular implants are introduced under pressure and a kind of relief remains on the scalp, where the implant is placed, which contrasts with the area of the scalp that surrounds it. 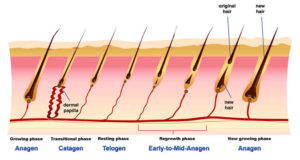